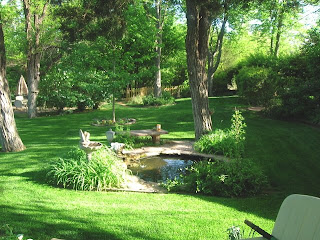 By Catherine Dougherty
As Summer appraoches, we no doubt will be warned about tainted produce again. Recall last year the tomatoes were apparently poisonous, causing severe illness. As gardeners know, vegetables picked or pulled from the ground have been subject to the elements and the soil. What your plants utilize from the soil goes directly into what they produce. For this reason, producers of the past were careful of what they applied to their crops. With the spinach recall of 2006, the culprit was finally assigned as hogs and rightly so... religious texts are full of references to the uncleanliness of hogs. Hog manure is notoriously full of parasites that are easily transmissible to humans and the fact that religious sources warned of this two thousand years ago is amazing. Further, additional cautions include bacterial cross contamination of dairy and animal products and many texts include specific guidelines for healthy cooking which are still timely today.
Years ago a friend whose father had been a diplomat to Pakistan told me of the produce warning issued them by the State Department. They were told not to eat the fruit as it contained soil contaminates which traveled up the tree and were stored within the fruit itself. Today with international trade open and much of our produce arriving from nations with few restrictions and open sewers, a refresher course in basic cleanliness is due.
Today, as in biblical times, we are warned not to use the same cutting board for meat and vegetables. Cooking kills much of the bacteria naturally occurring on meat but may be transferred to raw produce. We are encouraged to wash our hands between preparation of raw meat and vegetables as well. Wash the counter often and women are encouraged not to place their purses on the counter as purses are notoriously filthy on the bottom.
Dr. Spock removed ‘Commonsense’ from the title of his famous 1946 baby book in 1985, claiming that commonsense had died. Individuals who use fresh produce must use commonsense and assume it is dirty upon arrival in their home. Many imagine that produce collected from the supermarket has miraculously been washed and sanitized before shipment. This thought is a fallacy. While watching a television special on fresh produce I noted workers were packaging strawberries in the plastic containers that arrive in the market while collecting in the field. Meaning that the strawberries arrive at the supermarket with whatever the worker had on his hands at the moment, and hopefully he did not have an illness. Additionally as I watched a televsion cooking show, I noted the lady making the luscious cake did not wash either the strawberries or the blueberries she put between luscious layers of whipped cream.
Short of planting your own garden, I recommend buying locally. Additionally remember that all produce such as lettuce, tomatoes, squash and the like must be carefully washed. Onions must be peeled, celery and potatoes scrubbed with a vegetable brush, and so forth. With a little effort fresh garden produce may be confidently eaten and enjoyed for its wonderful health benefits.
Posted by Catherine Dougherty at 6:37 AM