Update: Last year I wrote about the ‘Marvelous Millipede’ and due to an unfortunate experience, I must update my article. The fact is they are quite poisonous. As I was scouting the woods with my grandson, we spotted one and I wanted to show him how they curl up when touched. This one did not curl so I picked him up to show Pierce his many legs. My hand immediately burned and I smelled and unusual odor so I dropped him. I had an orange liquid secretion on my hand and as I tried to rub it off with a fallen oak leaf, it continued to smear, now to the other hand as well. I rushed to wash it off with soap and water and it did not budge… simply burned more intensely. It stained my hands and lasted four days with nothing removing it. Alcohol, Witch Hazel, Aloe, even Comet were used to no avail.

Naturally I began research and found alarming facts about them… and the key is ‘pede’, as in centipede and millipede. Both have many legs and their defense is quite painful…. I have been picking them up after they retreat to their defense curl for years!
As I wrote last year, they are slow and steady, with their many legs moving in a tandem of perfect synchronization, they are truly an unsung hero of the garden. Their job is to take damp decaying leaves and mulch them into tiny pieces, making their work an ecological boon for the garden. They arrive in the house after a temperature plunge or fall rains.

They have been mulching away since prehistoric times. Mr. Mike Newman, a bus driver and amateur paleontologist from Aberdeen, Scotland found a fossil of a small millipede in a piece of sandstone. He said, “I had found millipedes there before, but this one had evidence of the holes that showed it actually breathed“. Experts from the National Museum of Scotland and Yale University studied it for months and concluded it lived 428 million years ago, making it the oldest land creature in existence. The millipede was the first to crawl from the sea and breathe air.
The millipede is a member of the arthropod family which account for over eighty percent of all known living species. Last year I wrote: Besides having wonderful translucent legs, millipedes possess the ability to curl in a fascinating cylindrical circle if disturbed. This habit developed possibly because they do not possess an ability to bite or sting so they are using their hard outer shell to protect their feet! I cannot resist gently poking one and watching it instantly coil and children are always amazed by the trick… we did not realize it is their ‘defense mode’ and we should beware.

*In closing, DO NOT PLAY with them…. carry them outside in a wash rag to a damp leafy spot and release them.

Posted by Catherine Dougherty at 10:07 AM No comments: 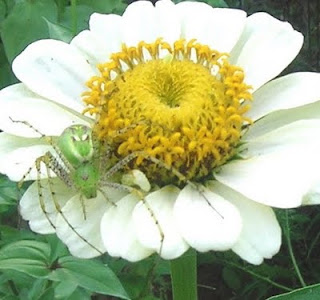 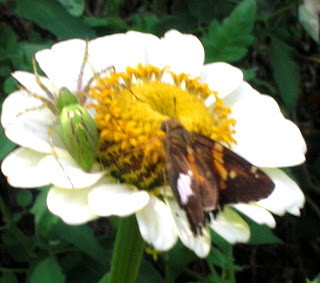 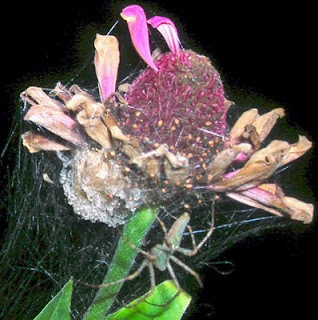 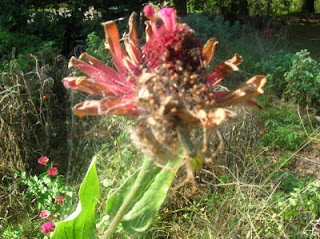 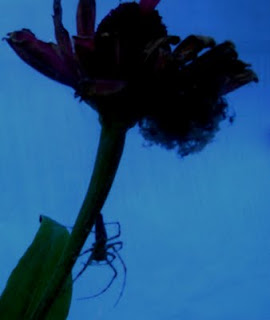 Posted by Catherine Dougherty at 9:36 AM No comments: