Our Visiting Vulture... Harriet the Spy 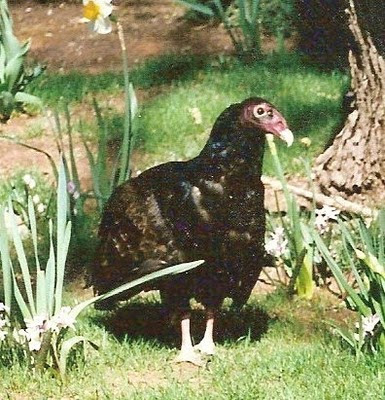 Sunday was delightful, arriving with the sweater-worthy morning and warming to sweet Autumn perfection complete with gentle breezes. It was a wonderful day for a woodland walk to see the changes in foliage. As we reached the top of the hill the Turkey Vultures could be seen gathering for their annual migration to Mexico for the winter. At first there were five, then twenty but soon others joined until their numbers reached fifty or more. They were engaged in the interesting phenomenon bird watchers refer to as ‘kettling‘.

‘Kettle’ is the term used to describe the amazing wheeling and circling performed by birds who gather in a warm thermal updraft, drifting higher and higher as more birds arrive. It is said that ‘kettling’ is a form of avian communication, and the sight of the first few birds engaging in this activity signals the others to gather for migration. The light was beautiful, catching the white underside of their wings, and the show was quite impressive. And then they were gone… off into the distant sky; they will not return until spring.

One fine fall day in the mid-1990’s a Turkey Vulture landed on the roof of our barn. All of the Vultures had migrated so this singular bird curiously staring at us from her perch, was quite a surprise. Slightly spooked, we called our Native American friends and asked the meaning of a Vulture refusing to leave the barn. Was it a ‘sign’ foretelling death or some dreadful event? None of them had ever heard of such a phenomenon and said it had no spiritual meaning what-so-ever so we relaxed. Day after day passed and the Vulture stayed; our farm had become her permanent home. Soon after her arrival she came to be known as Harriet the Spy for her voyeuristic perchance for peeking in windows to watch human antics... she was infinitely curious. 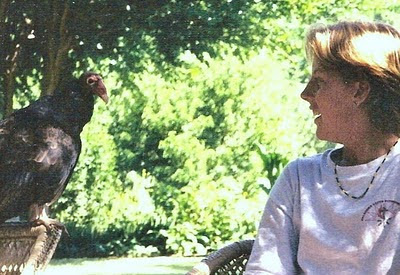 As she settled into her new life, she began visiting the neighbors on the section. She looked through the window and watched Harmon Slaton make his Christmas pralines. Often she sat on a nearby fence post ‘visiting’ as Pat and Charlotte Smith did their farming. She tortured poor Cecil Erickson by constantly peeking in his front window but our ornithologist neighbor, Allie Milligan, was always delighted by a visit. 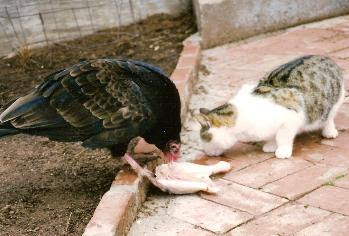 Harriet came when her name was called, hung out with the barn cats, and even ‘helped’ in the garden. Except for her aversion to lawn cushions, which she compulsively tore to ribbons as though it was job, she was an exceptional guest for over five years. Once when she became ill we called the famous Jack Hanna who assessed it was ‘probably something she ate‘. (*Fortunately, months before our daughter had discovered his unpublished number while playing with the phone.) When Harriet passed, the entire neighborhood mourned and I‘ve no doubt her friendship was a once in a lifetime event. 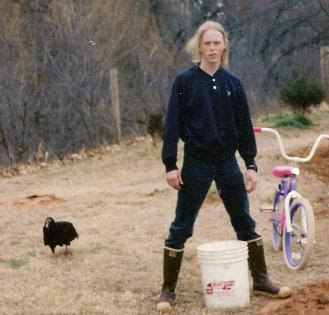 The marvel of nature’s internal clock which tells the birds it is ‘time to go’ is awe inspiring. Some day soon we will hear the familiar honking of the Canadian geese who follow the Vultures to Mexico. Far, far up, following the noise and often straining to see them, the familiar V pattern will suddenly appear… and with their departure, winter will be upon us.
Posted by Catherine Dougherty at 8:29 AM