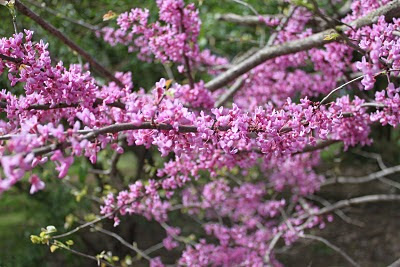 There are telltale and unmistakable signs that January is upon us for the garden appears to have collapsed upon itself, imploded if you will. Every bit of last year’s efforts left behind, either on purpose or by mistake, seems but a flattened pile of mish, begging to be hauled to the compost bin or the canyon. Walking the beds, scouting for the promise of spring, only a few daring green bulb-tips have appeared to push their way above the frozen soil. Such fortitude is admirable, but hardly fool hardy for they know the secret… the emerging green contains the equivalent of antifreeze. They are unafraid and determined to arrive at the garden party first!

Everyone who gardens considers weather watching a hobby and this year is an anomaly as one of the strongest La Nina events since record-keeping began is taking place in the Pacific Ocean. La Nina's global influence is the cause of heavy rains in Brazil where conditions are disastrous with flooding reaching apocalyptic proportions. Mudslides are common in former forests which have been clear cut for urban expansion and more than 500 people have died in flooding last week alone, making it their worst natural disaster in decades. Poor Australia has suffered with a terrible drought for years and the old adage ‘be careful what you wish for’ applies to the entire Continent. Described by the Prime Minister as ‘epic’, the continued flooding will have an impact upon major cities for decades. China is having a disastrous drought which is threatening their wheat crop and our own North East is being pounded by dipping temperature and heavy snow. Here we are experiencing a drought with barely any precipitation in months. An elderly Oklahoma farmer once mused, “With what is spent on science, why don’t we have a year round temperature of seventy two degrees and half inch of rain every week?” Unfortunately weather is not the domain of science so we must resolve to carefully pray for rain… but not too much.

Since we are so dry, it is important to water on days which reach above freezing. Even dormant plants need a drink, for although they are resting above ground their roots are still busy below. The addition of mulch is helpful since the ground has finally frozen for will keep it from thawing on mild days. Mulch is not to keep plants warm, but rather to keep them cold and inhibit any premature action from a thaw which may be followed by more freezes. When watering remember to turn it off at night… it is rather embarrassing but on more than one occasion, we have forgotten and awoke to a shocking ice palace! To remind yourself that spring is coming, cut a few branches of flowering shrubs to force inside. Choose branches from any of the fruit trees and ornamentals such as Redbud, Flowering Quince, Forsythia, Spirea, and Viburnum are also favorites. Cut carefully so as not to disfigure the shape of the tree. Bring the branches inside, cut a three inch slit upwards at the base to allow the branch to ‘drink’ and place them in warm water for several hours to break dormancy. Recut an inch from the end, place them in fresh water in a cool room, and wait. It may take from two to four weeks for them to bloom, but watching and waiting is part of the joy of forcing… and the room will be filled with the scent of spring!
Posted by Catherine Dougherty at 7:47 AM