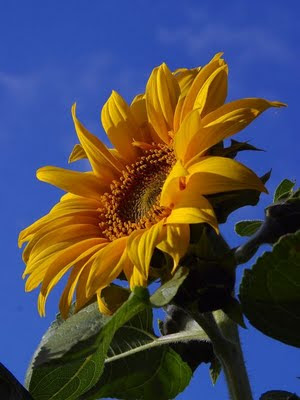 As the weather will inevitably turn hot and dry this Summer, flowers originating in South America are possibly the best selection and may be planted once all chance of frost is over. Best planted from seed, annuals are flowers which last only one season, yet they bloom continually from first flower until first frost. They are available in almost every color and form… from sweet to raucous, vibrant to pastel, and seedlings usually emerge within a week. Once an annual has been grown in your garden, the seeds it produces will have an internal memory of the soil conditions. By collecting these seeds, you may assure successive years of healthy, robust flowers. So as the season progresses wait until the flowers are spent, watch as the seeds form and dry, and then collect them to plant next year.

The majestic Sunflower is a universally popular annual with great historical significance. Domesticated species have been found in South America dating back to 2600 BC with one discovered in our Tennessee Valley dating to 2300 BC. The Incas had selectively bred a magnificent single stemmed Sunflower from the small native wild flowers. With its center head and golden rays of petals it became the symbol of the Sun god in both the Inca and Mayan cultures, holding a sacred status. Their magnificent golden images of Sunflowers, as well as seeds, were among the items pilfered by the Conquistadors and brought home to Spain. By 1580 the Sunflower was a common sight in every Spanish village and from there it spread to Italy, India, Egypt, China, and Russia.

By the time it reached Russia, the Sunflower was well recognized as a food source and produced the only oil not banned during Holy Orthodox Lent. In fact, Russia has such a long-held love affair with the Sunflower that it became their national flower. Russia also led the way in hybridization, developing the ‘Russian Mammoth’ that has been popular for over 130 years.

Since hybrid Sunflowers began to dominate, the small open pollinators were almost lost and by the 1950’s most of the varieties cultivated by Native tribes had nearly reached extinction. Mr. Charles Heiser, a dedicated retired botanist, made it his personal mission to save them and the seeds he collected rest in a repository which houses over 2,000 Sunflower varieties from around the world.

And of course we have Vincent van Gogh to thank for the most famous Sunflowers… his love affair with them immortalized their beauty in numerous paintings. Plant some today… the birds will thank you! 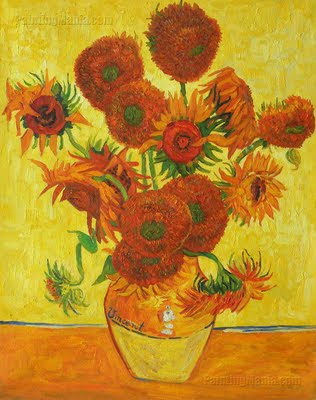 Posted by Catherine Dougherty at 9:42 AM