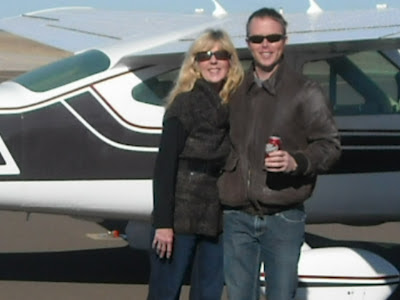 
Turning sixty is most certainly a milestone in any life. In recognizing my age I am also able to recollect the events I have been able to witness and I am truly grateful for the opportunities I have had.

If I were not sixty, I would have missed:
The time when mothers were at home while fathers went to work. Childhood would not have included an extended family of grandparents, aunts, uncles, cousins all gathering on Sunday to recount the week's events. Back then, neighborhoods were safe and watchful; people were polite and generous with a sense of purpose which involved caring for the young and the old with equal diligence. The term 'latch key' did not exist.
Pleasures were as simple as a walk in the park, fishing for crawdads, ice skating on a frozen pond, dancing in a community pavilion at the beach, occasionally going to the drive-in theater or having simple Sunday night dinners on with TV trays while the whole family watched Disney. I would have missed 'cruising' when gasoline was a quarter a gallon and everybody could go out on Saturday night knowing they would not be shot.

I would have missed:
The times of turbulence of the 1970's. I was in college at that singular time and it was incredibly exciting to be involved in the push to end the war, give women equal rights, and bring politicians to accountability. I burned my bra in a crowd of 300, lit candles when the National Guard gunned down innocent students at Kent State, gathered with thousands to protest Vietnam, heard Martin Luther King's speech live, sat up late at night over marijuana and strong coffee discussing strategies and writing intellectual and emotional essays to address the ills of our society. Entire intercity neighborhoods included old timers and hippie/students who put twinkle lights in the back yard and had cook outs while girls hand embroidered jeans, men hand tooled leather, and children danced about. Blue jeans became the universal uniform, sex was death free and rain wasn't acid. It was an outrageous and hopeful time full of unimagined collective energy. I am glad I was a young adult and not a child then... I would have missed it.

I am glad I didn't miss:
The 'Back to Earth' movement even if we didn't know it was a movement. The cities became so angry by 1975. Watergate, the assassinations of men of peace, the winding down of equal rights, the drugs which made their appearance were dangers that could not be escaped so we simply left. Many of us returned to our roots; to the places where our grandparents raised a family amid the simple pleasures of our own youth. The gift of a small town where the doors are never locked at night, where the car keys need not be removed, where you can call the pharmacist at home to meet you if the children became ill during the night... all this was too important to miss. I'm glad I didn't.

I am so happy I was able to experience:
Farm life before the disasters of the 1980's and closure of the family farm as a treasured institution. Family farming was over by the time John Cougar Mellencamp wrote the poignant song "The Auctioneer" and Willie Nelson began his battle to save them. Family farms were still on every section of land in 1975 so we became part of a close knit community of neighbors. I was able to go to quilting bees with little old ladies who had quilted together for forty years. My stitches are in their quilts and even though the ladies are all gone now, the quilts have been lovingly passed on. They took me under their wing and I learned short cuts to canning, how to milk a cow, plant a garden and the joy of fresh eggs. We attend family and community berry picking parties followed by homemade pies, guitar music, tall tales and ageless laughter. I was able to push back time a little and give my children an antique life style that has all but disappeared. I am happy I didn't miss it.

I am glad I was included:
In Native American cultures before casinos made their way there. In the 1990's the magic of the culture still existed. The elders were still living and tribal spirituality was an everyday way of life. The open generosity of Native Americans was to be envied. It included the belief that the measure of a person was not what you could amass personally, but rather what you could give to others. To admire a possession belonging to a Native American was for them to bestow it upon you. Condemnation was not in their vocabulary and laughter ran freely. I learned that Pow-Wow's were not a benefit where the promoters made money, but rather an event where they gave all that they could to each person attending asking only for collective prayers for the honoree. I would arrive at a camp with smoke drifting to the sky in the darkness above tepees, the drum beat as background music of another time, and my heart would leap. It called to me in an unimagined way and I felt at home there. To have been called to the grandstand to be honored and gifted by the Head Lady Dancer before a crowd of 5,000 Native Americans was truly one of the highlights of my life. The welcoming, the polite introductions, the respect and old fashioned manners reminded me of my childhood in its sense of propriety. It is gone now with the advent of drugs and the passing of the elders. I'm glad I didn't miss it.

I'm glad I joined:
The new age of cyberspace with MySpace in 2006. My last child was leaving home so in my moments of empty nest sadness, I found new friends. I met wonderful people from far reaching places and we shared thoughts, joys and successes. We discussed philosophy, religion, gardening and my women's group was supportive in a way I needed... with wisdom only dear friends provide. On MySpace we sent birthday cards, gifts, and even collective prayers for one another. We exchanged seeds and my garden contains living memories of friends I will forever cherish. MySpace is gone now... I'm so glad I didn't miss it.

I must say I have experienced a multitude of exciting and memorable events that I might have missed had I been born in another time...I'm happy to be sixty!
Posted by Catherine Dougherty at 9:40 PM