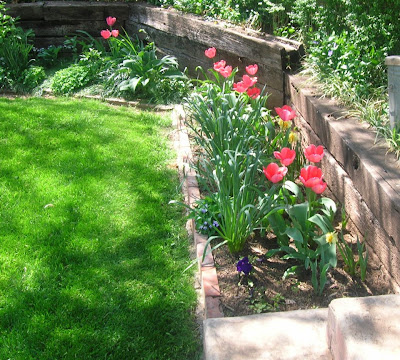 The Tulips are blooming! The joyful tulip will arrive at the garden party with the first blush of Spring, promising the garden season has indeed arrived. Tulip bulbs are readily available and easily affordable nowadays, but history proves that was not always the case.

The Tulip originated in Asia Minor where the Ottomans developed cultivars which concentrated on long, thin, wispy flowers of different colors. This lovely flower was first brought to the Vienna Court in the 1500's and presented to the King as a gift from exploration.

As the majestic Tulip began her travels around Europe, she was greeted with wild excitement in every nation. Originally, only members of the royal family were allowed access to certain bulbs; lower classes were forbidden to possess them. Naturally, the result was a deep desire akin to lust to own a Tulip bulb. Fierce competition, intrigue, and smuggling of the bulbs emerged, resulting in a rage referred to as "Tulipomania". By 1634-1637, the situation had become so intense that the governments of both England and Holland were forced to pass legislation to regulate trade in the tulip market.

At the height of the mania, interest was so widespread that individuals invested in tulip bulbs as they now invest in stocks of oil or other ventures. Many fortunes and vast land holdings were lost over Tulip bulbs; one shipping magnate gave a fleet of ten ships for 10 bulbs! By the mid 1700's the bulbs were still expensive, but available to an elite public willing to pay the price for them. The Ambassador from Holland proudly presented 7 bulbs to Martha Washington following her request and they were planted in a place of honor in her original gardens at Mt. Vernon.

Descendants of the Dutch bulbs will not mature properly or flower a second year without a cold winter so expect to plant each year in warmer zones. However since time and science have provided an affordable array of spectacular colors and form, Tulips are still a magnificent addition to the garden. Choose Common or frilly, parrot or scented; all are worth the effort to plant… if only for one season.

The tulip is perfect as a cutting flower for spring arrangements. 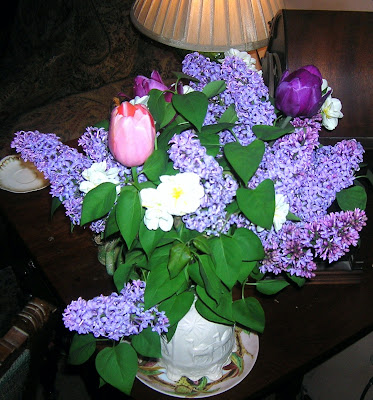 I cut everything one year with the threat of a late freeze... I gave flowers to everyone I knew! 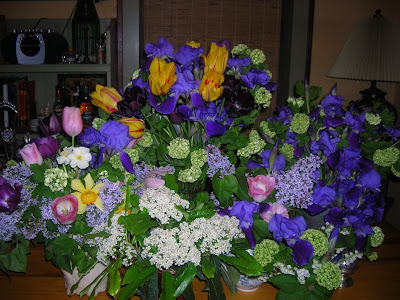 Posted by Catherine Dougherty at 9:39 AM