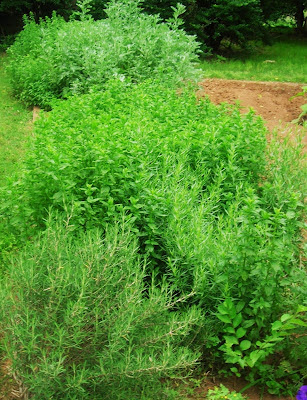 Until the advent of chemical antibiotics, Nature provided all the ingredients to insure survival and health for the inhabitants of the planet. Here in North America our own Native Americans survived severely harsh conditions with an intricate knowledge of healthful foods. The Plains Indians ate as they nomadically traveled and the Apache alone had over 200 items in their yearly diet. Much of what they "found" along their path was both nutritional and medicinal.

Another valuable immune boosting plant is the Echinacea. Results of archaeological digs indicate that Native Americans have used this marvelous plant for over 400 years. It was used to treat everything including infections, wounds, scarlet fever, blood poisoning, and diphtheria. Considered a valuable cure-all for hundreds of years, its popularity declined with the advent of antibiotics. Today Echinacea is used to reduce the symptoms and duration of the common cold or flu, as well as the ensuing symptoms which accompany them... sore throat, cough and fever.

For several years now the medical community has issued alarms that antibiotics no longer work; our systems are saturated with them. It is not necessary to actually take an antibiotic to ingest substantial amounts of them either. They arrive in our bodies from consuming milk and meat from cattle that are overly medicated, eggs from chickens that receive a daily dose, and so forth.

I consider this medical warning a strong indication that we best seek natural cures that have been around for eons. Nature contains an arsenal of plants and herbs growing right outside our doors in fields and gardens everywhere. This medicine was put here for us to use and insured the health of our ancestors for hundreds of years... plan to grow some this summer.
Posted by Catherine Dougherty at 9:40 AM