Spiders on the Move! 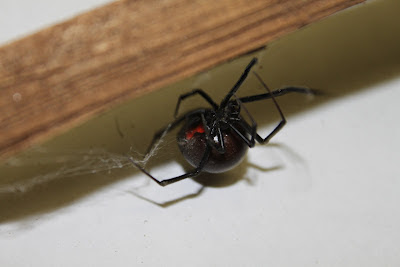 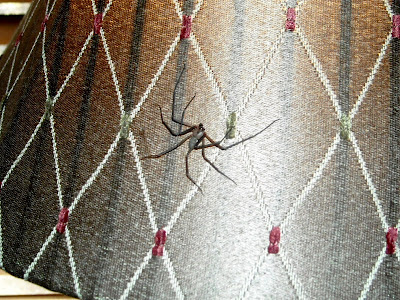 Most spiders live one season, however some species live long lives and spend the winter in a semi-hibernation. The Fiddlebacks have hidden in the rafters, behind the books, under the bed, and in other out of the way places and are now beginning to emerge as spring is approaching. Over the Winter they have grown and shed last years 'shell' leaving behind the empty casing... the empty casing is a sign that a more mature one is lurking somewhere nearby. The gentle Tarantula has an extremely long life expectancy and will easily live up to 20 years in captivity. The record has been set by a female who resides in LA and although her age was unknown at the time of her capture, she is now fifty years old. 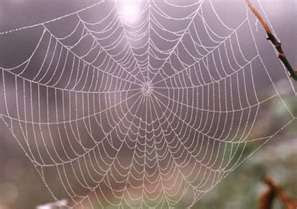 Any talk of spiders includes the two most dangerous in North America and they must be addressed. All spiders have venom however the Black Widow and Brown Recluse(Fiddleback)are very dangerous species whose bite may have disastrous affects on humans. The Brown Recluse likes living in quiet corners of the house while the Black Widow resides outdoors. A member of the Tangleweb family, the Black Widow makes an untidy web as the name implies and will aggressively guard her egg sac. Both have thin legs and a fragile skeletal structure, making them easy to squish... do not hesitate to kill them.

A favorite spider which comes to mind is the darling fuzzy black jumper.
One summer we had a black fuzzy with emerald green fangs who took up residence in the kitchen. Every morning as the household awoke and greeted her, she would would lift her 'arm' and wave... a marvelous trick by any standard. 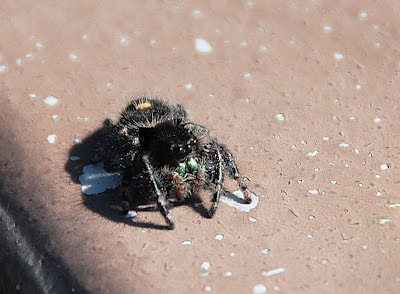 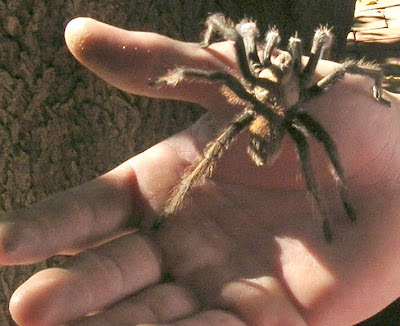 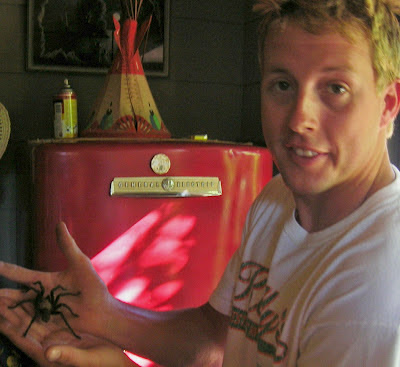 Spiderman~
Posted by Catherine Dougherty at 8:02 AM