Plant Based Medicinal Knowledge of Our Elders


What have we lost? 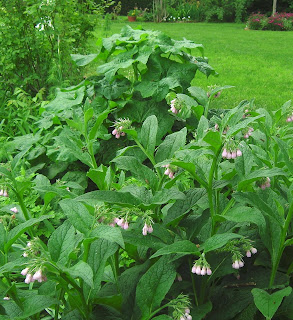 I began rereading the Foxfire books again a few weeks ago. They were first published as magazine articles in 1966 but became so successful that the articles were published in a series of books. They are fascinating reading for in them one finds a multitude of little known and almost archaic information. Everything from forecasting the weather by observing the animals, insects, plants, or the patterns of fire to planting by moon signs, dressing a deer, building a log cabin, or making home remedies is covered, all of which seem timely as the recession deepens.

The articles were initiated by Eliot Wigginton, a Cornell graduate with a master’s degree, who began teaching at a small school in Rabun Gap-Nacochee, Georgia. Deep in the Appalachians, the 240 pupil school was located in a rural community where the traditional culture was dying. After centuries of self-sufficiency, interest in maintaining the life style of the mountain people had ebbed and the next generation was opting for an easier life. As the elders died, the information they carried with them was gradually being lost forever. In the final days of that culture, Mr. Wigginton asked the students to collect stories and information from their grandparents for preservation. It is fascinating reading available at most Libraries and quite inexpensively online.


In keeping with that thought, we should recognize that much information known to our grandparents has been lost to us in our community as well. In the mid 1970’s we visited Marion Wise at his home east of town on many occasions. He was truly a remarkable man. Not only was he totally self-sufficient, but he had knowledge of the medicinal qualities of plants growing in his back yard and the fields beyond. He added a little of this and that to petroleum jelly and had a salve that truly cured skin cancer. Chew this for a cough, boil that for a headache; the information was priceless. I kept meaning to talk to him about his knowledge, to learn from him the old ways, but days turned to months and months to years between visits and suddenly he was gone. His home was sold and bulldozed, his garden became a cotton field, and it all of his secrets were lost to us forever.

Mankind depended upon remedies and concoctions from the garden for thousands of years for health and vitality. This knowledge was passed down from one generation to the next and everyone understood the connection between nature and mankind. Perhaps this winter, since flu shots are in scarce supply, we should think of adding Cranberries to our daily diets. They are a natural antiviral and boost the immune system. With a little vitamin C containing rose hips, a cup of red clover tea, and maybe a blackberry cordial if we’re feeling under the weather, we should survive the winter very nicely.
Posted by Catherine Dougherty at 7:48 AM