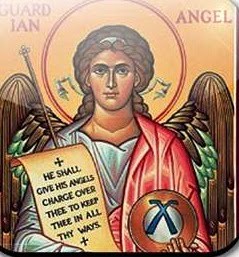 Sweet Jesus, he was still there! How could he still be there? We stopped just beyond the old man and Michael got out of the car to help him to his seat. He settled in and I turned the heater to warp while he began thanking us. He said he was trying to make it the Indian Pueblos in New Mexico where he knew he could stay for the winter. He was Canadian and had served in WWI for the US but had been denied benefits due to his citizenship status. He had fallen on hard times and just needed a bus ticket to get on his way but could find no help in getting one. He had been standing on the side of the road for many days.

As we drove away we kept feeling a nagging worry and so after unloading our bundles, we drove the seven miles back to the plaza to check on him to see if he had gotten a ride. Our inquiries were met with puzzled looks for no one knew what we were talking about. No one had seen him... not the people Michael had nodded to as he opened the door, not gas attendants nor any the truckers. Only we had seen him and I have often wondered if he was there as a holy test for us... a test of our humanity, our faith, and to show our children by example how to generously love.

As this recession deepens, let us remember that many times our sense of compassion, our sense of brotherhood and our ability to unconditionally share with those less fortunate than ourselves may be tested.

And let us remember:
‘Forget not to show love unto strangers for thereby some have entertained angels unawares‘. Hebrews 13:2
Posted by Catherine Dougherty at 8:47 AM