Too Much Rain and Garden Pests 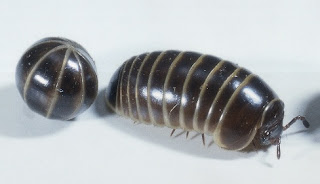 We have received over ten inches of rain in as many days and the North Canadian River is beyond its banks, weaving a new course. Those who were fortunate and farmed the rich river bottom land will lose crops as they remain under water and even the wheat seems a bit yellow at its base from too much rain. The rainfall has exceeded all state records and many people have been left with a swamp instead of a garden and those who live North of us have been under water for weeks with cattle losses irreplaceable.
*By comparison in 2010-2011, we received no rain from October until mid-April with ate winter temperatures reaching over 80 degrees for weeks.…many gardeners lost foundation plantings and well- established shrubs for no amount of applied irrigation could suffice to save them.
In spite of too much rain and too many overcast days the storms have provided us mild and pleasant temperatures, with Mother’s Day the most perfect one in years. And the storms been quite interesting to observe. We have had everything from a gentle afternoon drizzle to fierce downpours with lightning flashes that lit the sky, gigantic claps of thunder, and driving horizontal rain. Often the winds quickly escalated to over 70 miles per hour and one night through the blaze of lightning, various lawn items could be seen flying past the window! These rains have truly altered the landscape of the garden and the plants have grown inches with the nutrients coming from the sky. Lightning is produced in thunderstorms when liquid and ice particles above the freezing level collide and build up large electrical fields in the clouds. When these electric fields become large enough a giant "spark" occurs between them…like static electricity. This process causes oxygen and nitrogen to combine in the air and fall to Earth within the rain. Since nitrogen is the major ingredient in fertilizer, we may thank the storms for the greening of our world. A true plus of saturated ground is the ease of weeding, however under the canopy of plants that have leaped and partially collapsed with growth from the rain is a host of thousands (perhaps millions) of voracious mealy bugs (rolly pollies) which came as a total surprise to my garden. These pests will literally suck the life out of tender recently emerged plants. Fortunately, Epsom Salt, a favorite of past gardeners, will deter them when sprinkled at the base of the infested plant. Further, a low bowl of beer will make the slugs disappear… it seems they are teetotalers.
*Assign children the task of ‘collecting’ mealy bugs… they truly enjoy the fact they roll into a protective ball.
Posted by Catherine Dougherty at 9:21 AM