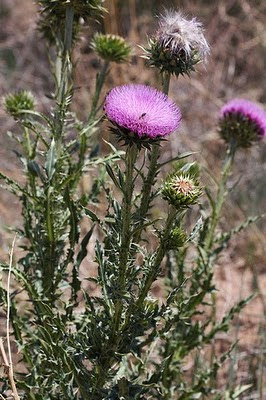 The weather seems a bit unusual of late. Since the beginning of the year we seem to have had less sunshine than recent memory can recall. It is odd indeed for Oklahoma to have day after day of sun-obliterating cloud cover. Not to mention the storm that arrived with such velocity late Sunday afternoon. Suddenly the trees began to dance as a cold wind rushed from the North, dropping the temperature fifteen degrees within minutes. Thunder could be heard rumbling in the distance as the sky darkened and the pace quickened. The storm seemed to race, and the rain was replaced by hail; from pea to plum sized, it pelted the gardens, bruising the plants and shredding leaves! We are extremely fortunate to have missed the softball sized hail that pounded most of our neighbors to the East and the news contained a squiggle about poor Nashville receiving hail the size of grapefruit last Saturday.

Gardening fads come and go with the popularity of plants and this years lovely garden or foundation plant may become, over time, an ecological nightmare. As is the case of Purple Loosestrife, which was an exceedingly popular choice for every landscape of the 1980’s. Still sold today in many states, including ours, the plant produces showy magenta-colored flower spikes for much of the season. Unfortunately, it has a nasty habit of overpowering it’s neighbors, taking much more that it is allowed. It is the Loosestrife’s habit of producing 30 to 50 stems from a single rootstock that has been the cause of the current problems. Escaping from the garden setting, it has been guilty of overtaking pastures and woodlands where it chokes and eliminates the competition while providing no substantial benefit to livestock.

The same is true of the wildly popular Butterfly Bush. Often sold through magazines in the 1980’s, it was unknown at the time this native of China would escape cultivation. It has traveled to roadsides, bar ditches, and pastures, invading natural areas, competing with native vegetation. It does attract butterflies, but cannot be used for butterfly reproduction and unfortunately competes with native plants that do. The bush produces large quantities of seed, up to 3 million per plant, which are dispersed by wind or water. The seeds can remain dormant in the soil for years until conditions become favorable to germinate.

The hideous Musk Thistle has arrived in our pastures as well. Oddly, this thistle has adorned the national emblem of Scotland since the reign of Alexander III (1249-1286)and was used on silver coins issued by James III in 1470. Legend has stated that Norse invaders stepped on them and the thorns pierced their leather foot wear. The invaders cried out in pain, thus alerting the sleeping Scotsmen and assuring them a battle win. As can be seen in the photograph, the base of this dreadful plant is sturdy and incredibly thorny, topped by a pretty pink blossom that is lethal in her production of seeds. A single flower head may produce 1,200 seeds and a single plant up to 120,000 seeds, which are wind dispersed. The seeds may remain viable in the soil for over ten years, making it a difficult plant to control.

Invasive Species web sites list many of the plant species we are to avoid, and they are certainly worth visiting before purchasing an addition to the garden. Some of the plants listed were quite surprising.