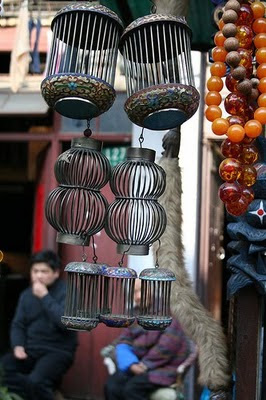 The sport became so popular that China actually produced a Cricket Minister, Jia Shi-Dao who reigned from 1213 to 1275 before being deposed for irresponsibility. Then from 1427 to 1464, a Cricket Emperor, Ming Xuan-Zhong ruled in favor of cricket fighting, making his palace a major tribute to this important insect. Racketeering, gambling, and even suicides were reported over Chinese cricket mania.

Luckily, the Asian fabric of choice is silk...not wool!
Posted by Catherine Dougherty at 9:09 AM