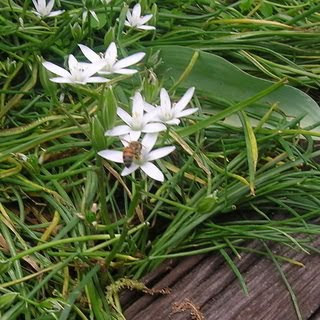 Over the weekend, it became obvious that Spring made her grande entrance with the earliest flowers arriving at the garden party. To the utter delight of the gardener, the Jonquils, Daffodils, and early flowering shrubs have fearlessly begun their show. However the flocks of geese that were seen flying North last week were absent over the weekend. They knew instinctively they were flying into wintry conditions, so they have settled on local lakes and ponds to wait a bit.

The song birds have increased their activities with the arrival of mating season and since the trees have not yet leafed, we are allowed to watch feathered courtship rituals. Their songs have a new sweetness and they are darting about seriously flirting and ‘dating‘. The Titmouse, Chickadees, and Goldfinches are earnest, the lady Cardinals all look like teenagers, and the Woodpecker has begun rat-a-tat drilling to provide a home for babies. Once the trees have fully leafed, the sight and sound of our feathered friends will be minimized but right now they provide delightful entertainment in the garden.

This week the bees began their yearly activity and their numbers seem to have increased. The buzz in 2007 was all about the unprecedented loss of European honeybees with 70 percent of their colonies collapsing in Texas. CCD or Colony Collapse Disorder baffled scientists who studied everything from cell towers to climate change. Eventually it was determined the deaths were caused by a variety of factors, none of which was significant alone, however the combination proved fatal. Since a full third of our diet comes from insect pollination with bees providing eighty percent of it, Doomsday predictions were dire. Kevin Hackett, leader for USDA's Bee and Pollination Program, stated ‘without bees mankind will be reduced to a diet grain and water‘. With such a dreadful thought in mind, it was truly delightful to welcome them home!

It must be noted that early buds are swelling on the Maples and Elms and with them comes considerable pollen. Without going into intricate scientific explanations, it may be simply stated that the pollen of most trees, shrubs, and grasses is lighter than the pollen of flowers. It is carried by the wind as high as three miles up and as far as 100 miles from the original plant. Easily inhaled, it is the culprit of the condition called hay fever (or allergies) as it may irritate an individual’s throat and nose. With our typical breeze often increasing to driving winds, it is impossible to avoid this early pollen. As way of compensation, the pollen on flowers that arrive later in the season is generally much heavier… meaning it does not tend to blow about with such a vengeance. Thus as the season progresses, allergies will ease a bit. However annoying it may be now, it is necessary for the plant reproduction so we must be accommodating… while sneezing our way through spring.
Posted by Catherine Dougherty at 9:28 AM