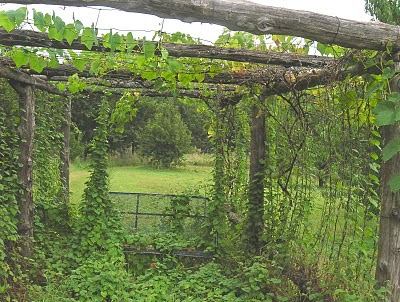 The Courting Swing in the North Field... September of 2007

In the past month, a total of five households have moved... all requiring our help, supervision, and energy. I hope they are happy!! By the way, did I forget to mention the riding lawn mower has been in the shop since early July? It came home once and we began mowing only to have it stop then shock the bejeebers out of Michael so it was back to the shop for the fourth time this Summer.

The yard looks like a scraggly field. My garden is overgrown and covered with Johnston grass, the flowers are all spent and the trees have made an impenetrable canopy that killed the lawn. The damn moles have eaten every one of my bulbs leaving enormous holes in the flower beds which became caverns after the recent flood; over thirty years of work ruined! Henceforth, I have decided we will abandon gardening and have a nice easy-to-manage Koi pond instead.

Our home is sitting here in a state of antique decrepitude waiting for our attention which is not forthcoming. The overgrown trees and lawn, the sinking patio bricks, the house and awnings needing paint, the summer pool a dingy green, ditches formed by washed-out walkways and the flooded storage barn will have to wait while we attempt to recover. So grand was the family exodus that it seemed we experienced an in-home reenactment of the Jews fleeing Egypt! The cob webs of their lives are all that remain and no one seems to want them or they too would be caught-up and packed! Stressful events? It is our everyday life and it will be different but somehow we will adapt... 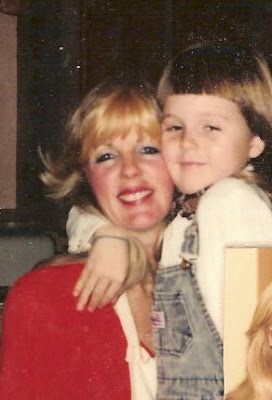 Where did the time go? Darling Peter and I at Christmas, way back when (Please note overalls and the clip on bow tie) and in 2007...after he jumped from a plane~ 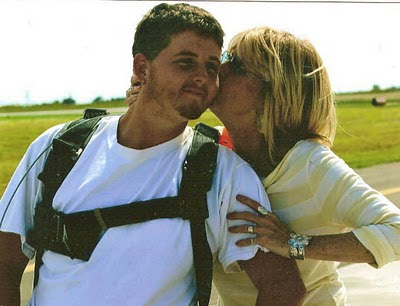 Weddings, Barn Dances, and Babies...Often Change is Good!
Spring of 2011~

I had written in my journal of the Lemony Snicket Summer of 2007 so I could remember it amid the confusion and apparently it was just another chapter in our lives. In retrospect I can see I was in a state of mild depression over the move of my last child... and only daughter. She had rushed from home that summer in a fever of first love, 'packing' her closet in black plastic bags, dumping her drawers into boxes... her entire life here packed and packaged in only two hours. She wanted her own home.... and Alex.

At the time I saw no respite from the current events, however as Grandpa Dougherty always said, 'Things will work out.'...and they have. 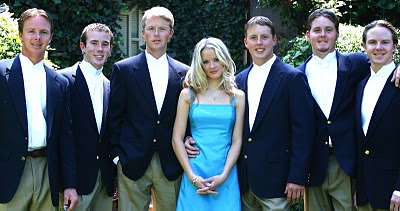 On Our Way to A Wedding~

The households grew and prospered and we have welcomed new family members with a wedding each summer. John bought a lovely brick with a half acre to expand upon. Then Dolan and Tara bought six acres and refurbished the farm house that once belonged to a dear friend. Next Marshall and Andrea bought an historic 1930's bungalow and last year, with the tax incentives, both Patrick and Lize and Alex bought homes. Andrew lives with Patrick and his lady, Kimmer, and each evening at least four family members gather at one house or another for a sit-down dinner. Marshall and Andrea have given us our first grandchild who tickles me... and it seems she thinks I'm funny. 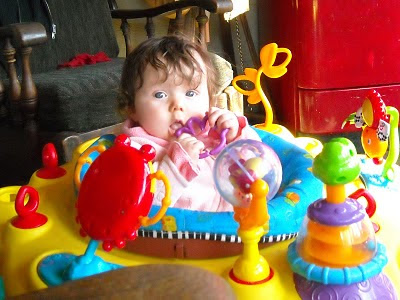 We painted the house!

Michael and I managed to paint the house with Michael hanging over the roof edge with a roller as I pointed to various trim. The gardens were redesigned, the brick walkway repaired, and I made a curved gravel pathway adjacent to the garden. The massive vegetable garden has become a croquet court and since the new families plant their own gardens, I can still enjoy shopping for produce at their houses. Our former swimming pool was transformed into a Zen-like aquatic pond with water lilies and a medley of frogs have taken residence and sing to us each Summer night. 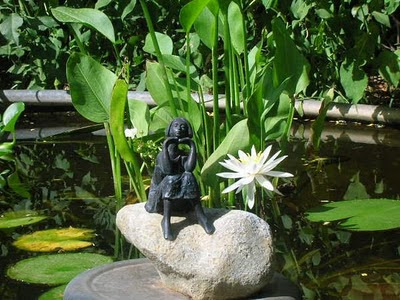 Even the contents of the storage barn have new homes. I called everyone and told them we were planning to 'clean out all storage' by gifting the contents to all comers. The guys, Lize, and my daughter-in-laws arrived in tandem and created individual piles, often trading during their process of acquisition. (How Tara ended up with eight of Grandmother's coveted 1930's grape-cluster capped wine servers remains a mystery.) By days end, the storage barn was empty and everyone was breathlessly gushing over their new acquisitions. For my children it was like meeting old friends as they rediscovered their childhood treasures. 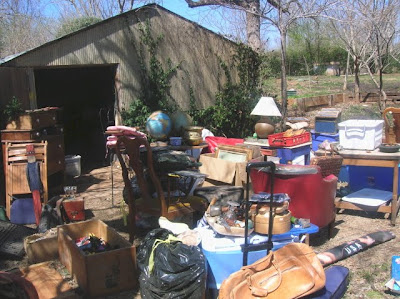 The business expanded and the family works together each day.... building the tree saw that Peter and Patrick invented. (Although Patrick expanded on the original idea. ) Our newest hires are Lize and Alex' younger brother, Greg. With the downturn in the economy, we simply did what we know to do in such situations...we 'packed it in' and built the business at the base of the hill where the barn once stood. I was sad to see it go, but change is inevitable and adapting is necessary for happiness. It is very busy down there once again but instead of milking the cow, saddling horses, or hammering metal swords for make believe battles, there is fevered activity and the business is supporting the entire family in fine fashion. 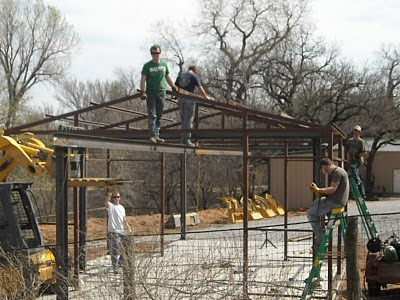 The guys assembling one of the new buildings~

So once again, to my delight, everyone arrives each morning to gather for gossip and coffee before work. They gather here at days end to give their father and me (and each other) good-bye kisses before their evening departure. Things do change, but often change is not something to be feared, it is simply part of the process of living. And Grandpa was right...things did work out. 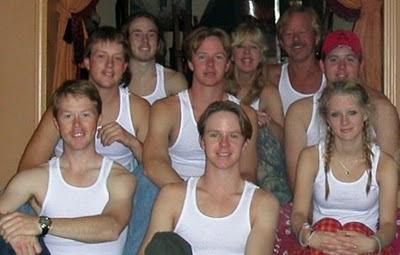 Posted by Catherine Dougherty at 1:20 PM