St. Patrick, the Shamrock, and Oxalis 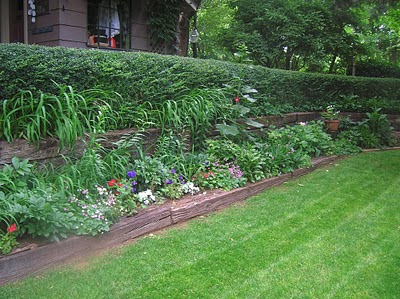 Spring is ushered in on March 21st with the Vernal Equinox...that brief moment in time when there are equal parts of both day and night. However it is also welcomed with the celebration of Saint Patrick’s Day on March 17th . Those of Irish heritage will celebrate his saint’s day by wearing a shamrock, planting their potatoes, and possibly imbibing large quantities of alcohol.

Saint Patrick was born a pagan in Wales in 387 and died a Christian in 461. His rock-star status continues to this day with celebrations which have surpassed the Catholic faith and become secular. Saint Patrick converted the pagan Celts to Christianity and was adept at using their sacred beliefs and symbols to describe Christian concepts... thus he used the magical shamrock to clarify the trinity. Using the tri-leaf of the clover he explained that the Father, Son, and Holy Spirit were each separate entities but, as the stem suggests, all part of the whole. Early converts adopted the custom of wearing a shamrock as a sign of their faith.

When the English began confiscating Irish lands and outlawing Catholism and the Celtic language in the 17th century, the shamrock become the symbol of emerging nationalism and Irishmen wore it as a symbol of their heritage. Unfortunately it became a symbol of rebellion to the English and soon wearing a shamrock became crime punishable by hanging. However the Irish immigrants to America suffered no such persecution and in 1737 the residents of Boston celebrated the first Saint Patrick’s day with public celebrations, parades, and pub parties. Times do change so by the early 1900’s Queen Victoria had instructed all Irish soldiers to wear a shamrock on St. Patrick’s Day in memory of the soldiers who died in the Boer War… a custom which continues today. Additionally the Shamrock is the registered trademark of the Republic of Ireland and appears in the Royal arms of the United Kingdom of Great Britain and Northern Ireland and on a seemingly endless array of logos which include race horses and sporting teams.

In March the lovely oxalis, the largest genus of the wood-sorrel family, began appearing in the garden… calling to Irish descendants to remember their heritage. My twenty year old friend, a lovely pink, still blooms faithfully from spring throughout the summer and will rebloom in fall if cut back in August. For something new perhaps add a purple leaf with her halo of pale pink flowers that drift above the striking foliage… surely a stunning focal point for any garden.

They adore the shade, tolerate the heat, and even refuse to wilt if not watered regularly. Oxalis will reward the gardener with their easy-going nature and long life expectancy... happily, they will be permanent residents of the garden for many, many years.
Posted by Catherine Dougherty at 11:11 AM