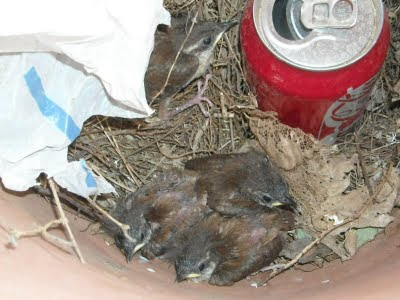 My baby Wrens grew up and flew away~ 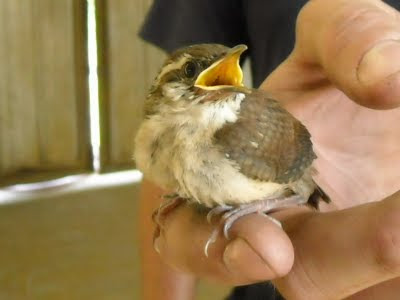 The rains that finally arrived seemed truly Heaven sent and revived the native grasses, that had begun to fade far too early in the season. Even the small amount of rain seems to have rejuvenated them... the grasses along the hi-way are rewarding us with a tinge of green.

With the incessant heat, the grasshoppers have arrived in alarming numbers. Several weeks ago they were tiny with an almost cute infant look; suddenly they became adolescent eating machines that could be heard plopping in tandem on select garden guests. The Comfrey took a direct hit overnight and the realization that soon they would be fully armored adults was chilling. Hand picking is impossible as they instinctually know how to play hide and seek, going from side-to-side on a stem or under a leaf. Fortunately Jenny Guinea has made it her personal mission to clear the garden of their presence. Stealth is her plan as she calmly patrols the garden, in and out, quietly earning her keep. I can see a difference in the numbers of grasshoppers this week.

The darling House Wrens have begun nesting as well and should be encouraged to stay regardless of where they place their untidy nest. Their diet consists of insects, spiders, snails, flies, ticks, plant lice, gypsy moth larvae, ants, bees, beetles, and grasshoppers making them a valuable asset for the natural control of pests. 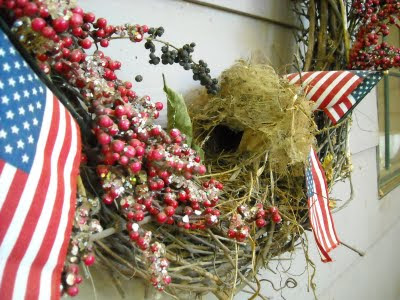 They arrive in the spring with the male signaling his arrival with an almost incessant stream of burbles, warbles, buzzes and rattling churrs. Native Americans called this bird o-du-na-mis-sug-ud-da-we-shi, meaning ‘making a big noise for its size’. They are considered a songbird even though their interesting song is heard only during the nesting season and rarely afterwards. 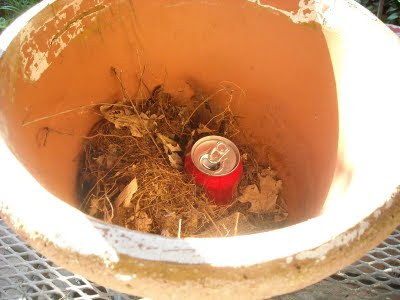 When their sociable behavior is added to their abilities to control pests, it is no wonder this dear little bird is among the all time American favorites. Scout the garden and see if you can find a nest to watch. The two photos are from nests made last week. The one on the wreath near the back door is a third year repeat, but the one in the pot I accidentally left on the patio table is a total surprise... I will get to peek at babies soon! 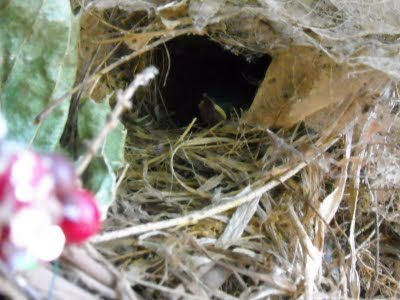 Posted by Catherine Dougherty at 8:59 AM