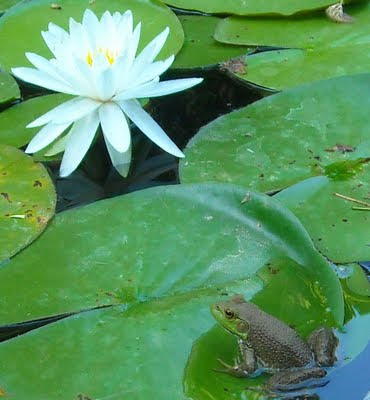 In spite of the heat, it is still possible to enjoy summer by watching the antics of the Hummingbirds. A native of the Americas, they return to Oklahoma each year, with the males arriving first to be followed later by the ladies. In spite of their high metabolism, they have a lifespan of up to ten years, which means the friends you are seeing may actually have been born in your garden. Our most common Hummingbird is the Ruby Throated and the attire of the males is resplendent, feathers shine with metallic blues and greens, their ruby throat a lovely deep crimson. We also have other hummingbirds that have been documented in Oklahoma and all are named for their distinctive physical traits… the Black-chinned Hummingbird, the Broad-tailed Hummingbird, and the Green Violet-eared Hummingbird to name a few.

Unless the climate remains temperate over the winter, Hummingbirds will migrate by October to spend the winter in northern Mexico or Central America. A hardy little bird, they may fly as many as five hundred miles without eating. And contrary to the popular belief that they must consume nectar all day to live, they spend up to seventy per cent of their time simply resting on a branch, quietly observing the garden.Their aeronautic skills are amazing to behold as they zip about with precise precision with wing beats of to 100 beats per second. I have observed that many of mine prefer the flowers and Mimosas to the nectar provided in a commercial feeder.

In spite of the drought, some of our frogs have finally made their appearance. Sadly frog populations have declined dramatically since the 1950’s with more than one third of the species believed to be threatened with extinction and more than 120 species already suspected to be extinct since 1980. Oxygen is dissolved in an aqueous film on the skin and passes from there to the blood and their skin must remain moist. Unfortunately this process can mainstream toxins into the bloodstream which is the source of their decline. Also their eggs are subject to water pollution and no adaptation may protect them from man-made poisons. Since the earliest fossil indicates frogs existed 125 million years ago they are a mirror of the environment and a treasure.

A true amphibian, their eggs are laid and fertilized in the water and it is in the pond that young hatch and begin to morph. They appear first as tadpoles then gradually change into young frogs by losing their tail, losing their gills, developing lungs, and finally developing their fabulous and unusual hind legs which are better suited for leaping and swimming than walking and are highly unusual.

Inviting frogs to the garden party will aid the natural garden for they are
fierce predators of insects. The males have a voice and will begin their evening song during mating season. From the deep baritone of the Bull Frog to the squeak of the jumpers, their song is as familiar to the night as the drone of Cicadas is to the day. Some species may live up to 40 years, returning to their original home each year to mate. You may well see familiar friends in the garden for many, many years.
Posted by Catherine Dougherty at 11:11 AM