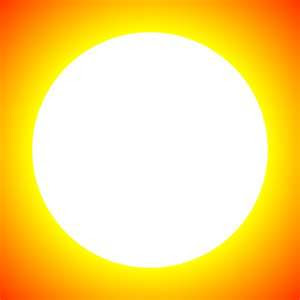 The Heat Dome
The phrase 'heat dome' is casually tossed about by meteorologists every day now; it has become part of our vocabulary and seems to be the word of the season. The dome is part of a summer weather pattern wherein a large high-pressure system... essentially a huge mound of stagnant hot air...arrives to park itself over at least one region of the country and the South Central region is the most popular for it. This hot air keeps out the rain and allows for a slow broil underneath it.

Until 2007, the last memorable heat dome was in the year 2001 in which we had day after day of searing temperatures over a 100 degrees. We were caught on the North Canadian Bridge in an accident that year so I will never forget it. Michael had stopped to take a dead cat off the road or we would have been the people hit by a diesel truck which had barreled down on a red Jeep, smashing it and forcing it to dangle precariously halfway over the guard rail. The truck had been reported five separate times for erratic driving for over two hundred miles before the accident, and yet continued racing towards destiny. The young couple in the Jeep were uninjured and managed to crawl out but the diesel had spilled everywhere. It took four hours for the cleanup and the bridge was loaded with cars... all heating up as the drivers of the 18 wheelers kept cool and the rest of us boiled. The temperatures was 105 that day but reached 140 on the bridge.

As we waited the boom of the adjacent gang bangers CD mirrored my heartbeat, a lady had a panic attack then one had a heart attack.. it was entirely too hot and we were trapped! After an hour and a half, I decided I had to get off the bridge... Michael could fend for himself. I got my umbrella out of the trunk and took off to walk the mile and a half off the damn bridge. At our road, I flagged down a pickup to drive me the two miles back home. I stripped in the yard and flew to the horse tank to immerse myself in the cool water. It took hours for me to finally cool down!

For the next three years whenever the temperatures got above 98.3 (body temp) I would get spacey and oddly, I didn't sweat anymore. I still don’t do over 105 degrees well. This year Oklahoma has had the dubious honor of mention on the National News as temperatures continue beating out Death Valley for the record.

As the hot conditions prevail, the National Weather Service has issued numerous heat advisories which are indicative of a ‘heat storm’ and should be taken as seriously as a tornado watch. I believe that anytime the outdoor conditions are above average human body temperature, extended exposure is extremely dangerous. If a person’s body temperature reaches over 106 degrees, they may become comatose so this kind of heat may cause higher than average fatalities, therefore basic safety rules must be followed.

Statistically in a normal year an average of 175 people will succumb to summer heat waves in the United States, but any given year can vary dramatically from the norm. For example, one of the worst periods on record was the disastrous heat wave of 1980 which claimed more than 1,200 lives. Equally devastating was the summer of 1995 during which more than 1,000 people died of heat-related causes.

To protect yourself you should:
Stay indoors (preferably in air conditioned space) as much as possible.
Wear lightweight, light-colored, loose-fitting clothing.
Drink plenty of water and natural juices.
Avoid alcohol and beverages with caffeine which could increase dehydration. Eat small, light meals.
Avoid strenuous activities or at least reschedule them for early morning or late evening hours.

To protect others you should:
Never leave children or pets in a closed vehicle where temperatures could soar to 190 degrees in less than 10 minutes.
Check on elderly neighbors.
Always protect small children from the sun.
Provide shade and cool water for pets.

*If one begins to feel faint or light-headed, immediately get into a cool place and possibly tepid water to quickly lower the body’s core temperature.

With the proper precautions we can beat this heat and look forward to Fall... and may my sweet Viburnum who died yesterday RIP.
Posted by Catherine Dougherty at 11:26 AM