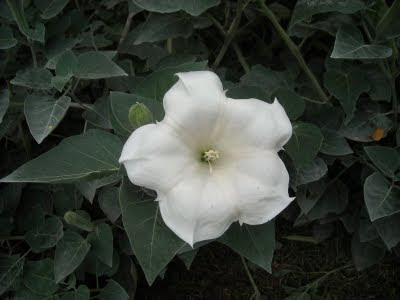 Plants have been source of fascination since the beginning of time. They have provided a plethora of benefits to mankind and use of them has evolved over hundreds of years. However as all gardeners know, there is a dark side to the plant kingdom and many common plants are extremely toxic causing complaints which range from indigestion, to hallucinogenic visions, and possibly even death. The science of using dangerous plants reached a zenith during Medieval times when dispatching an enemy was as simple as brewing a tea! Today, for the well being of children and pets, it is wise to know which common plants impose significant dangers.

Many toxic plants incur cult followings among ill informed youth and the exotic Moonflower is no exception. Called forth by the light of the Moon, the large trumpet shaped creamy white flowers are highly scented and bloom all night. Unfortunately the Moonflower produces seeds that possess hallucinogenic powers… the plant made national news last fall when high school students chewed seeds in class!

Salvia Divinorum contains a property which is a potent naturally occurring hallucinogen when smoked. The leaves were used in traditional spiritual practices by the Mazatec people of Mexico however due to it’s ‘popularity’ among non-native followers, it has been banned in twelve states including Florida, Louisiana, Missouri, Tennessee, Delaware, North Dakota, Illinois, and Ohio as well as all of Australia.

There is a simple common sense rule to follow in dealing with the Plant Kingdom: Do not graze in the woods or garden chewing or smoking what abounds unless it is something that you know and recognize... and as Fall cleanup commences, monitor small children and pets.

Some Poisonous Plants Residing in My Garden~ 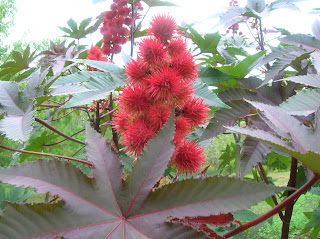 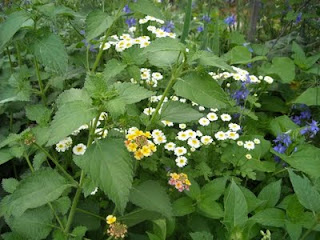 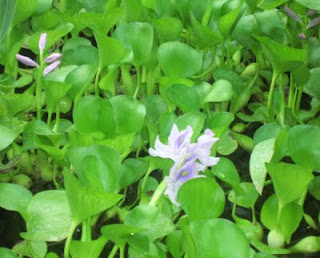 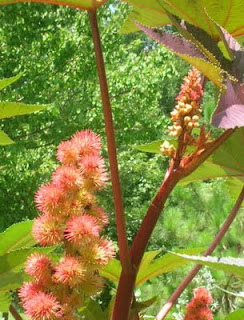 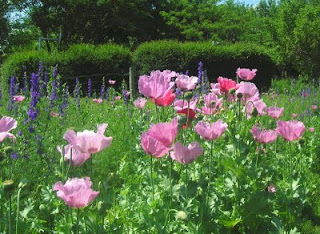 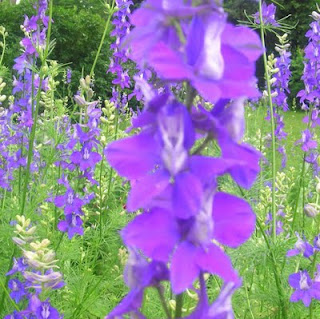 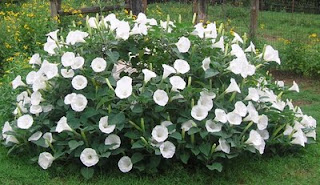 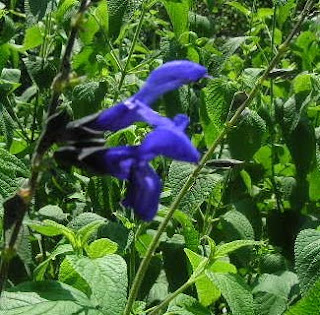 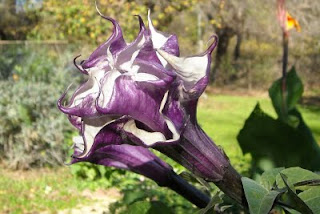 Posted by Catherine Dougherty at 9:25 AM