Insta Freeze and Other Odd Occurrences 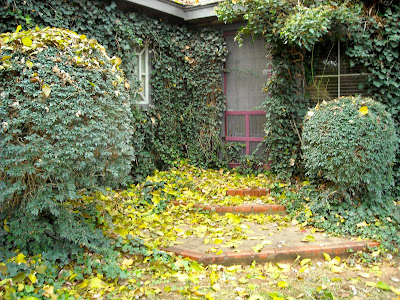 *Along with another earthquake on Monday evening, we had numerous tornadoes and seven inches of rain... just waiting for the hoards of Locusts!

It has been quite a year with weather taking center stage by breaking all records. We have had the coldest winter, the most snowfall, the largest hail, the highest wind speed, an F5 tornado, the hottest summer and the strongest quake!

The last winter surprised everyone with its duration and chilling velocity. Only twice in state history had temperatures dipped so low for so long. The ensuing snowfall broke state records and was followed by the baseball-sized spring hail. The May 5th tornado was immediately followed by the worst drought in history, with high summer-like temperatures that have prevailed until last week. Oklahoma and Texas have gained the dubious honor of experiencing the worst drought in American history. 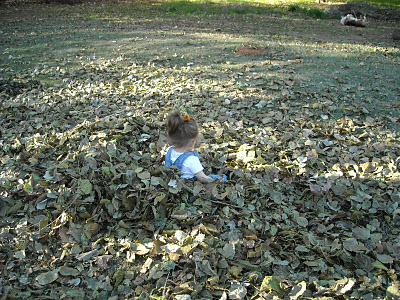 Julia among the leaves!

Last Thursday in the wee hours of the morning, the first deep freeze pattered in marking the end to the growing season. It was remarkable because of the overnight devastation, which sunrise showcased in a most unusual manner. As the sunshine reached the still-green foliage of the soft wood trees, it instantly began to wilt, appearing a deep transparent green before beginning to fall in tandem. This year we were denied the seasonal leaf-change of many trees; the high temperatures kept the leaves green and failed to send the internal signal for change. Then sudden freeze hastened the process of leaf discard overnight. 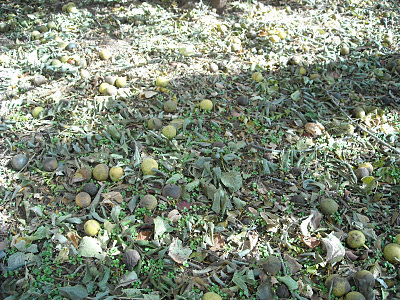 Vast numbers of Black Walnuts... more than ever before.

The Black Walnuts and Acorns could be heard plopping to the ground in alarming numbers, which made a walk the equivalent of an obstacle course as they zinged to the earth. (The tale of Chicken Little came to mind… ‘The sky is falling, the sky is falling.’) By Friday, it was over and the garden and forest floor were littered with an alarming number of nuts. Folklore states that nuts in abundance are a sign of a bad winter… and then we had the quakes. The first quake stopped the Grandfather clock at 2:16 and the following day, the 5.7 rattled the dishes and could be felt in adjacent states. 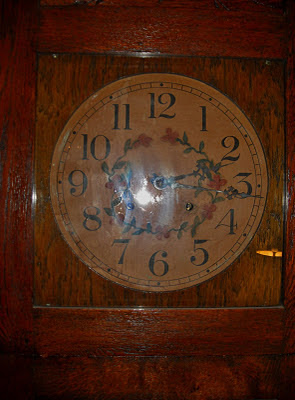 For the gardener, the extreme cold did substantial damage to the insect populations and many bugs simply did not make an appearance this year. Then the heat made a mark on the tent worm population and seems to have halted their march. I noted they do not survive in temperatures over ninety five degrees and if their tent is tossed to the ground they thrash about in agony for a few seconds before expiring. The blister bugs never arrived in large numbers and even the grasshopper populations were down a bit. Unfortunately, the frogs also had a bad time… Mr. Phineas Frog, who has lived under the back porch since he was a youngster, had not been out to play much until the rain last week.

*Congratulations to all of us who have so far survived 2011... we managed a marvelous feat indeed!
Posted by Catherine Dougherty at 9:11 AM