The Pack Rat, the Snake, and the Shotgun~ a true tale 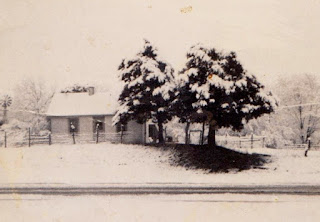 The Pack Rat Saga
When we moved to the county in 1975, I had no idea of the wildlife we would soon encounter. I grew up in the city where the worst problem home owners encountered was the occasional roach infestation and possibly a mouse or two every few years. Disney had educated me and I thought Bambi and Thumper were adorable… I could hardly wait since real wildlife would be equally endearing.

Our house was an ancient 5 room cinder block relic that had no maintenance whatsoever in years so there were holes everywhere in the old place. I was soon to have an awakening, an education, and a crash course in rural living.

In late Summer of 1977 we had installed our hot water tank under the counter in the kitchen and hooking it up to the sink had left a substantial hole from hell, going God knows where deep in the darkest recesses under the house. After the installation I had noticed our dogs seemed to be consuming an unusual amount of food each week and we were finally met with an explanation. My 9 year old son casually mentioned he couldn’t put away his clothes because they wouldn’t fit in the drawers because of the dog food there. What? I asked how long the food had been there he said ‘weeks’. I ran to the drawer and yes, there was at least 20 pounds of it, and also green army men, blue string, part of a pillow, and my lost earring! I asked my neighbor about it and was told we had a pack rat.

I had never heard of one so I went to the library and looked them up… they were truly adorable with a sweet face and large brown eyes. I didn’t want to kill it so maybe we could just put the food up at night… and so we did. A week later I opened the bottom drawer of my stove and was met with three sets of adorable eyes looking up at me… pack rat babies lived in my kitchen! We scooped them up in a box and took them to the North field to release them. 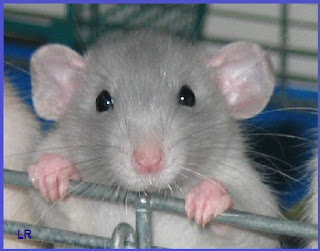 Suddenly there was no choice, something had to be done about it… and thus the war began. I overcame my emotions and put out poison and although I never saw one dead, I felt we had won.

Later in the month we picked Summer pears and put them in a large bowl in the kitchen… they began disappearing. As we were visiting with city friends who had come out to see us one evening, we saw the pack rat, balancing a pear on his head, slowly walking along the floor in front of the sink. As we sat in stunned silence, he disappeared behind the stove with it. I was mortified and explained to our friends the children’s pet had apparently gotten out of its cage. Thus war raged on... more poison was purchased

During this time frame Michael Babysat
I had scheduled a appointment to have my hair cut and decided Michael could baby sit… after all what could go wrong in an hour. The youngest children were three month old Patrick and the two and a half year old twins so I got the babies down for a nap and figured everything would be okay… Michael could just sit and ‘chill‘, which in 1977 was a fairly easy thing to do.

I got a strange anxious feeling as I drove home so I sped… as parked the pickup, I heard a horrifying gun blast from inside the house. My heart fell and I rushed to the house to find the kitchen looking like it had been ransacked… the sink cabinet door was off its hinges, the garbage can from under the sink had been dumped, garbage was all over the floor, the screen door to the back porch was held open with a brick and Michael, looking positively nuts, was holding a smoking 410 shotgun!

Apparently Michael heard horrific screaming from under the sink so he opened the door and a large bull snake rolled out, coiled around the pack rat who was shrieking in terror.

Thinking fast, (?) Michael beat the snake on the head with a rolling pin so he would drop the pack rat, which it did. The problem was solved, the rat was dead so he grabbed it, put it in a paper sack, and ran to toss it over the fence into the road. Maybe someone would run over the sack. He ran back in the house to see the snake disappearing into an open cinder block left over from where we had recently installed the screen door. He grabbed the shotgun, shoved it in the cinder block and pulled the trigger not realizing it would sound like a canon!

I felt rather bad about the strangulation death by the snake, but having the rat dead was a plus so we went to check the road to make sure. The sack had a hole eaten in the bottom of it… it was empty. Good grief! We decided surely the snake was dead and decomposing in the wall might get rather smelly so we shoved rocks in the hole and Michael tacked a board over it until we could get to town to buy a bag of cement… and a rat trap.

The rat came home and two nights later and I saw him in the hallway. He had encountered the trap and it had crushed his nose before he slipped out of it. He was stumbling towards me making muffled me-heh-me-wahne growls. I screamed and once again Michael came to the rescue. I told him to put down the gun…in no uncertain terms could he shoot it in the house again, so he hit the rat with a baseball bat rendering it unconscious. My scream and the scuffle woke all three children and the baby who began wailing. The kids got up in time to see Michael shoving something from the hallway into a sack. He went outside with the 410 and shot and shot the sack as the poor kids tried to watch from the window. I told the children there was nothing in the sack, he was just target practicing at three in the morning. *Kids will believe anything, but they probably need therapy.
Posted by Catherine Dougherty at 9:25 AM