Spiders on the Move as Fruit Flies Abound 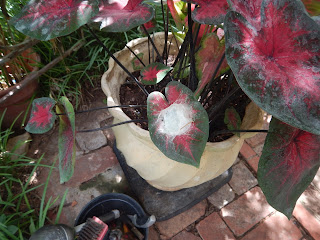 It becomes abundantly clear that Fall has arrived when quite suddenly the kitchen is loaded with tiny fruit flies. Appearing as out of thin air they hover about any piece of fruit in a small swarm... jiggling a ripe tomato will cause fruit fly panic.

They reproduce in a mere 8 days which is the reason that Gregor Johann Mendel used them in his scientific studies on biological features passed on through inheritance. Mendel noted that varying degrees of red in the eyes of fruit flies were directly passed to offspring and although his findings were largely over looked in 1885, further studies were conducted and by 1915 became the core of classical genetics. It is amazing that modern studies of began with the humble fruit fly.

Fruit flies are so small they may fly through a screen and they are beyond detection on fruits and vegetables picked outside or purchased at markets. They eat yeast produced by fermentation, the process that converts sugar to acids or alcohol which appears as fruit is beginning to spoil. The flies reproduce on the skin of these fermenting fruits or vegetables and suddenly you have a tiny swarm of adult fruit flies which will disappear as rapidly as they appeared as Fall progresses.

With the advent of Fall spiders are on the move as well. Spiders are found in every corner of the planet, making them one of the most common invertebrates and they alone have eight legs. Spiders evolved about 400 million years ago, and were among the first species to live on land. All are predators which make them valuable to the gardener as they will eat flies, mosquitoes, grasshoppers, locusts, cockroaches, and aphids. Many live more than on season, with a gentle Tarantula in California living over fifty years in captivity.


There are many references to the spider in popular culture, folklore and symbolism. The spider symbolizes patience for its hunting with web traps, and mischief and malice for its poison and the slow death they cause their prey. Though not all spiders spin gossamer webs, spiders have been attributed by numerous cultures with the origin of basket-weaving, knot work, spinning, and net making. Lovely pottery artifacts featuring spiders may be found in all ancient cultures, so respect for them is universal.

Last week I found a gauze-like spider nest that had been hidden between the leaf of a Caladium. I had opened the leaf and kept vigil, watching the nest grow until dozens of teeny tiny baby spiderlings began to slowly emerge. The babies tentatively left the nest, each producing their first microscopic thread of silk as they moved about; they were fascinating!


The Fall garden  contains so much magic... observing the wonder of it will carry you through the rigors of winter.
Posted by Catherine Dougherty at 8:55 AM