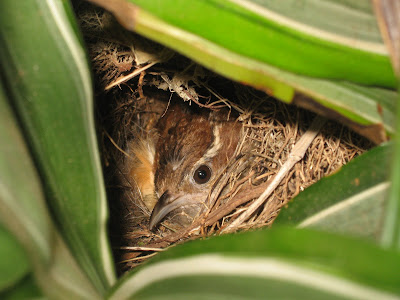 Now is the time to venture out and look for the darling House Wren who has possibly made her nest in some odd place nearby. They come to the garden in the spring with the male signaling his arrival with an almost incessant stream of burbles, warbles, buzzes and rattling churrs. Native Americans called this bird o-du-na-mis-sug-ud-da-we-shi, meaning 'making a big noise for its size'. They are considered a songbird even though their wonderful song is heard only during the nesting season and rarely afterwards. Since the diet of the House Wren consists almost entirely of insects, spiders, snails, flies, ticks, plant lice, gypsy moth larvae, ants, bees, beetles, and grasshoppers they are a valuable asset to the gardener for natural control of pests. 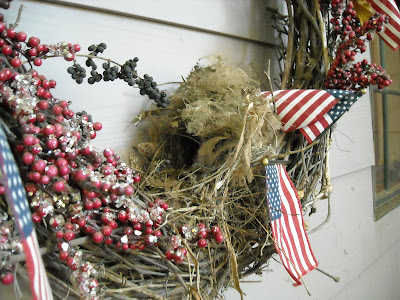 Small and overly confident, the brown House Wren is extremely territorial and will make efforts to destroy the nest of competitive birds. It is said they will occasionally destroy the eggs of other birds by breaking the egg shell. They have also been known to vandalize the cavity of other bird nests by placing sharp sticks in them therefore rendering them unusable. To encourage this valuable little bird to nest in your garden, boxes with a hole small enough to prevent competitive cavity nesters is an option.

When their sociable behavior is added to their abilities to control pests, it is no wonder this dear little bird is among the all time American favorites. 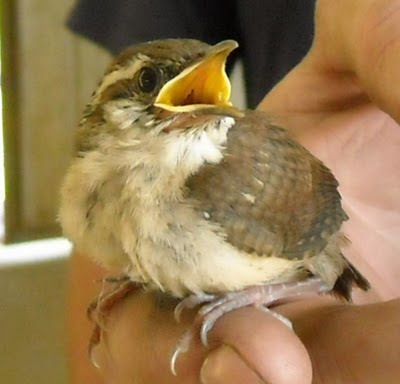 One made a nest just inside the airless paint sprayer at the shop. Everyone worked around her as she sat! Yesterday the four babies learned to fly! 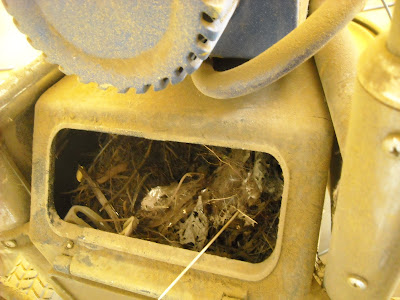 Posted by Catherine Dougherty at 11:05 AM