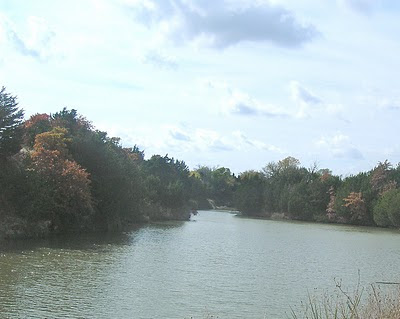 This year promises the most welcome Autumn in ages particularly, after the stressful conditions presented during the past summer. The crisp mornings are delightful, perfect for outdoor coffee and a leisurely walk to see the last of the garden. The sunny days are a comfortable temperature and exude calm after the frenzied rush of summer. As darkness falls and the cool patters in, night blooming flowers open filling the evening with their sweet scent. The trees have begun to thin and their leaves are drifting, whispering with an almost inaudible rustle as they gently fall. A walk through their ever-accumulating masses is a joy of crunching, swishing sound and motion. Autumn awakens every sense for even the names of the colors are an exciting artists palette...scarlet, bronze, ruby, burnt sienna, and yellow ochre.

This is the season most favored by many gardeners because of the quietude; it is the time to enjoy the fruits of their labors without hurry. For a brief moment in time there is nothing particularly pressing and now is the time to enjoy all that the garden offered… before it is time to say goodbye.

Fall is a marvelous time to leisurely plant a container arrangement and there are many plants that not only survive the cold temperatures, but thrive on it. Among the most colorful is flowering or ornamental Kale and unless one has chickens or Peafowl, it will do well all winter. (*It is a favorite fowl snack.)
*Rajah Ruins kale!! 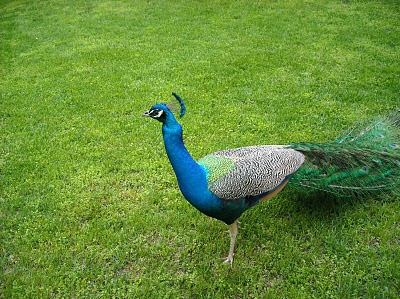 Kale is among the oldest of the cultivated edible greens and has been a staple in the garden for centuries. A form of cabbage native to the wilderness of North America as well as all of northern Europe, it added a much welcome green and leafy vegetable to dinner tables and soup pots all winter. The ornamental Kale is edible but does not form the tight center ball common in cabbage. The flavor of the leaves becomes sweeter when exposed to frost. 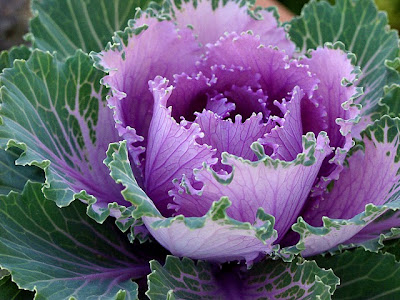 Exceedingly popular today, it arrives at the nursery sporting a multitude of interesting ruffled leaf combinations, from spires to tight rosettes. Kale is round, dense and slow growing, making it a easy to contain. One of it’s most impressive attributes is the fact that the colors deepen as the temperature dips. Meaning the bright white, vivid greens, purple, burgundy, blues and variegated colors become more lovely as the winter deepens.

If one adds some Parsley, with it’s clear vibrant green and curled leafy texture, the contrast is striking. Parsley is mentioned often throughout history, and not only for its culinary and medicinal properties. The early Greeks made crowns of parsley to bestow upon the winners their athletic games and it is used in the Hebrew celebration of Passover as a symbol of spring and rebirth. It is mentioned as one of the plants in the gardens of Charlemagne and Catherine de Medici. In medieval times parsley was surrounded by much superstition due to the germination of the seeds. One belief claimed that the extremely long germination period existed because they traveled to hell and back seven times before sprouting. Naturally superstitious farmers were afraid to grow it.

For the energetic gardener, the precious pansies have begun arriving in the nurseries and it is a wonderful time to plant them. Originally a common viola growing in fields and hedgerows in England they were cultivated by William Richardson, gardener to Lady Mary Elizabeth Bennett in the early 1800’s. Despite his efforts, their first noted appearance was on the estate of James, Lord Gambier. His gardener, William Thompson, began to cross various viola species with a viola tricolor in an effort to achieve a round flower of overlapping petals. In the late 1830s he found by chance a flower that no longer had narrow nectar guides of dark color on the petals but a broad dark blotch instead. From this pansy came the future ‘flowers with a face'; his hybrid was released to the public in 1839 with the name "Medora". This pansy and its progeny, including "Victoria" became wildly popular with gardeners and breeders throughout all of Europe.

If planted now, they will survive nicely over the winter and will have a head start in the spring. Such a cheerful, adorable little flower is always a welcome guest at the garden party and the color options are positively stunning, their faces delightful!!
Posted by Catherine Dougherty at 6:59 AM