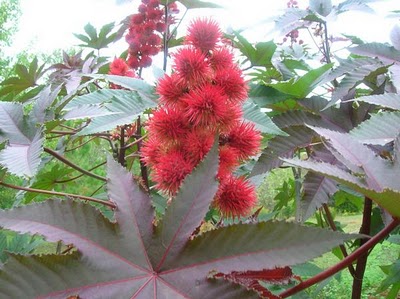 As Summer continues her delightful pace with children out of school and spending time outdoors, a refresher course about poisonous plants is beneficial... many of their properties are disguised by their loveliness.

Plants have been source of fascination since the beginning of time and have provided a multitude of benefits to mankind, however there is a dark side to the plant kingdom and many plants are extremely deadly. The science of producing poison from plants reached a zenith during Medieval times when dispatching an enemy was as easy as brewing an untraceable tea.

Following ingestion of a poisonous plant, complaints may range from indigestion, to hallucinogenic visions, and possibly even death. Many plants contain dangerous compounds which are removed by cooking. Our own Poke Weed, found in early spring, is toxic unless the leaves are prepared in a specific manner. Some plants have parts of them which are edible while other parts are toxic as in Rhubarb, which is used in flavorful jellies and pies. It has poisonous leaves but the stalks are not.


Letters laced with toxic ricin were reportedly mailed to government officials several years ago placing plants at the top of the political news. Ricin is made from seeds of the castor bean, a common plant which has long been used to eliminate gophers from the garden.

Many toxic plants incur cult followings among ill informed youth. Used as a recreational drug due to hallucinogenic properties, the exotic Moon Flower made the news when high school students chewed seeds in class. The beautiful Salvia Divinorum contains a property which is a potent naturally occurring hallucinogen when smoked. The leaves were used in traditional spiritual practices by the native people of Mexico however due to its ‘popularity’ among non-native followers, it has been banned in twelve states including Florida, Louisiana, Missouri, Tennessee, Delaware, North Dakota, Illinois, and Ohio.

There is a simple common sense rule to follow in dealing with the Plant Kingdom: Do not graze in the woods or garden, eating what abounds, unless it is something that you know and recognize as healthful… and with great caution, teach the children which plants are dangerous and to avoid them.


Photo of a Castor Bean in Full Bloom
Posted by Catherine Dougherty at 7:25 AM